the plant lives poised between gravity and light

In the simplest terms, as discussed by Rudolf Steiner in Lecture Six of Introducing Anthroposophical Medicine (i), the plant lives between gravity and light, between the earthly, centric forces of weight, and the buoyant forces of light working from the cosmic periphery. We can observe this every time we plant a seed in the ground. As the seedling unfolds and the plant develops, the root orientates itself to grow down toward the centre of the earth, while the shoot springs up and grows out into the illuminated spaces, towards the all-round, surrounding hemisphere of the sky. In botanical terms, the root’s tendency to follow gravity and grow downwards is termed geotropism, while negative geotropism and phototropism describe the tendency of the upper pole of the plant to grow up away from the earth and out towards the light. If you have seen a plant which has been knocked or tipped over, you may have observed how, left to itself, the growing tip of the shoot soon turns upwards and reorients that pole of the plant to the vertical. The same is true for the growing tips of the roots which redirect themselves vertically downwards. Though we ordinarily consider plants to be fairly static objects in the environment around us, we must really feel that the plant constantly lives, poised between the polar forces of downward drawing gravity and outward drawing light. With this picture of the plant we can begin to find our way toward an understanding of the biodynamic preparations 500 and 501. 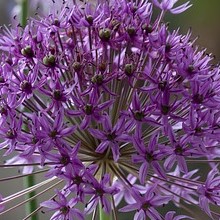 These gestures of upward and outward expansion and downward contraction into weight belong to the whole world. Within Rudolf Steiner’s cosmology (ii), the world around us, with all its various beings, like plants and animals, and forces, like gravity and light, is the outcome of a long ongoing process of cosmic evolution. The conditions of our current earth and the planetary system which belongs to it, did not always exist but gradually developed out of three preceding evolutionary stages. Initially, everything was unified in a condition which consisted only of differentiations of living warmth, called Old Saturn by Rudolf Steiner. This was followed by a condition, called Old Sun, in which the warmth condensed to air on the one hand, and rarefied into light on the other. Then followed the condition of Old Moon, where the air further condensed to water, and from light the tone ether arose, and finally our current earth conditions, with the most condensed state of matter, earth, and the most rarefied etheric force, the life ether. In this process of evolution, from an initial state of unified warmth, there is the descending, contracting, condensing stream of the elements, through warmth, air, water and earth, and the ascending, rarefying, progressive stream of the ethers, from warmth to light, to tone and life ether. Like the elements and ethers, the planetary bodies which surround the earth were originally united in a primal whole. Significantly the Sun, Moon and Earth were united in a whole.

At a certain point in the evolutionary process, to prevent the evolution of the Earth from preceding too quickly, the progressive, life-enhancing forces of the Sun separated off from the Earth-Moon body to work from outside. Similarly, at a later point, the forces of the Moon separated from the Earth to prevent the forces of condensation, materialisation and formation from working too strongly. Rudolf Steiner ascribes the forces of weight and gravity within the Earth to the remnants of the Old Moon condition which are still active in the Earth. The Sun is thus the bearer for the ascending, progressing forces of light, tone and life, while the Moon is the bearer for the forces of weight, condensation, formation and materialisation, while the Earth and all its beings lives in the interplay and balance between them.

Just as we could say that the plant lives between gravity and light, we can just as well describe this by saying that the plant lives between the expansive progressive forces of the Sun and the contractive hardening forces of the Moon. It is important to develop a living feeling for these pictures, and see in the forms of the plants around us, how the growing shoots strive up and out towards the light and the all-round cosmos, while the roots work into the realm of weight and the centre point of the Earth. The organs at the outer periphery of the plant, like flowers and leaves, are the most ephemeral, while permanency and hardening belong to the lower pole of the plant (Consider how the transition from an annual to a perennial plant relies on the increasing persistence of the root in the biennial plant, then the further lignification and hardening of the stem in shrubs and trees). 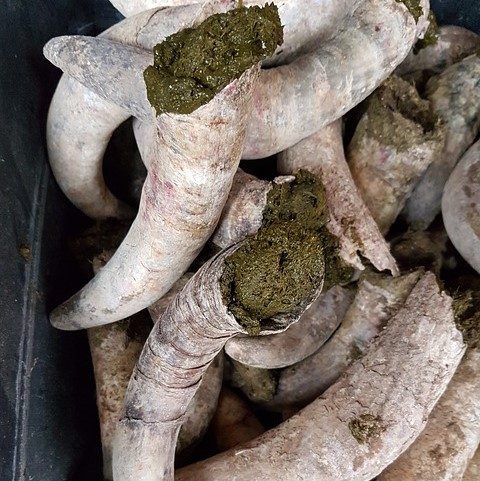 Let us now consider Preparation 500. It is made from fresh cow manure packed into cow horns and buried in the winter earth. Imagine the sloppy, fresh, expansive smelling cow manure, remembering Rudolf Steiner’s indication in the Agriculture Lectures that all this smell represents life, fertility and astrality, ‘nitrogen’ in Rudolf Steiner’s terms, placed into the cooling, condensing, crystallizing winter earth. After months in the winter earth, the cow manure is transformed. What was expansive and volatile is now contained and concentrated in the dark and earthy smelling, fertile material. The preparation should be kept in a moist, dark protected environment. The 500 is then stirred in water and sprayed onto the soil in autumn and spring, preferably in a descending moon, in the afternoon when the atmosphere is cooling and the moisture in the air is descending and condensing upon the earth (I always think of this as the time in the afternoon when you would want to bring your washing in). It works on the soil life and root pole of the plant and supports their vigour and fertility. By the manner in which it is created and the time when it is used we see how it corresponds to and supports the descending gravity-related pole of the plant. 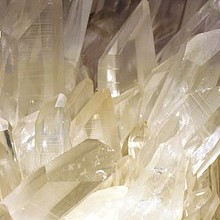 501 is made from crystals of quartz, crystalised matter which has basically reached an end point by dying into form, which are crushed and continuously ground down to a fine powder. One could say that through this process the quartz has been progressively de-formed. The quartz powder is packed into cow horns and buried in the inwardly active summer earth. Towards the end of summer it is removed and can be stored in the light. The 501 is stirred with water and in contrast to 500, is sprayed into the air, in the morning when the forces of warmth and light are ascending in the cycle of the day. It works on the sprouting, leafy, light and space seeking upper pole of the plant and supports the ripening, qualitative aspect of the plant.

In this way we can see that 500 and 501 work on the polar life of the plant, which lives poised between the forces of weight and the earth, and the forces of light and the cosmos. 500 works at strengthening the earthly vigour-substance pole, while 501 works at “sharpening” the qualitative image of the plant, its colour, form, smell and flavour, as a pure incarnation of the light of its archetypal idea.

This is a good beginning, but we are told in the medical lectures (iii) that the plant not only stands between the polarity of gravity and light, but also has a tendency toward animalisation at the flowering pole, expressed through the plant’s volatile fragrance, due to the delicate astral atmosphere hovering around the blossom, and a tendency toward contractive, mineralising processes at the root pole. The middle realm of the leaf is representative of all that is truly plant-like. In lecture seven of the Agriculture Course we can find a similar picture describing a tree’s tendency to release the etheric at the root pole, that is, to become less living and more mineral, while condensing astrality at the flower pole. Thus the plant not only stands between gravity and light, but also a tendency towards animalisation at the flowering pole and mineralisation at the root pole.

From which substances are 500 and 501 made? Cow manure, the product of an animal metabolic process, and quartz, a crystalised mineral, animal and mineral. However, the mystery is that when they are applied as healing preparations to the plant their position is reversed – the transformed animal substance is applied to the mineralised root pole, while the transformed mineral substance is applied to the animalised flowering pole of the plant.

In lectures given in 1923 (iv), Rudolf Steiner described how the Druids experienced the nature forces at work outwardly in the destructive processes of fire and ice, of summer and winter, as the same forces working beneficially within the gentle combustion processes of the blossom and the form crystallising forces of the root of the plant. By applying the outer nature forces to the appropriate plant substances the Druids were able to create healing remedies. Is this not similar to what the farmers do when they create the various biodynamic preparations, by exposing the animal, mineral and plant substances in different ways to the summer and winter forces of the earth and sky?

We can use these ideas to look at the horn preparations. To create 500 we place the volatile, fertile, expansive manure, as the astralised product of an animal metabolic process (Sulphur substance) into the cold, condensing, crystallising, forming winter earth (Salt process). With 501, we take the formed solid mineral substance of the quartz crystal (Salt substance), pulverise, “scatter”, and de-form it, and place it into the inwardly active warmth of the metabolic summer earth (Sulphur process).

The condensed fertile metabolic product of an animal (Sulphur) is then sprayed onto the mineralized soil and sense-root pole of the plant (Salt) to enliven them, while the dematerialised “warmed” mineral silica substance (Salt), often connected to the mineral-like sense-pole of the human being as a healing remedy by Rudolf Steiner in the medical lectures, is sprayed into the air and warmth during the growth processes of spring and summer, for the true forming of the metabolic-blossom pole of the plant (Sulphur).

In alchemical terms this is a complex balancing of condensing Salt and dispersing Sulphur principles. Perhaps now, by combining these various pictures of the plant between light and weight, and between animal and mineral natures, we can begin to see what a complex process of creating balanced healing medicines the biodynamic preparations are.