If you have ever attended a prep making day on a farm in the autumn you may have found yourself poking moistened chamomile flowers down a funnel into a casing of cow’s intestines in order to make plump chamomile sausages, or making packages of dandelion flowers wrapped in pieces of cow’s mesentery, or the more difficult task of filling the cranial cavity of a sheep’s skull through the hole in the back with pieces of oak bark. By the end of the day these, along with the yarrow prep, already prepared in spring, and the nettle prep, would have then been buried in the earth, or in the case of the skull, submerged in a barrel of water, to be left there for the duration of the winter months. Indeed, you may have found yourself wondering what exactly you were doing. Why chamomile flowers in a cow’s intestine, what has oak bark got to do with an animal’s skull?

Of course we do these things because of Rudolf Steiner’s indications in lecture 5 of the Agriculture Course, where he described the making of the compost preparations. These indications arose out of Rudolf Steiner’s spiritual perception of the forces active in nature. It was his intention that the results of his spiritual research should become a science of the spirit, and he often referred to the body of his work as Spiritual Science. The implication of course is that it is not to be based on blind faith or fall into superstition, but should be fundamentally understandable to all, once we find the right perspective. While it is plain to many of us that the composition of the compost preparations is not immediately understandable, we can approach them as a type of pedagogic riddle that has been posed to us, and whose answering requires us to grow, and develop the ideas and capacities necessary to understand them.

What are some of the broad ideas from Rudolf Steiner’s Spiritual Science that can help us to begin to approach the compost preparations with understanding?

The first idea to help us is the nature of the threefold organism. Rudolf Steiner repeatedly characterised the living organism as a dynamic interaction of polar tendencies, mediated by a middle realm, a threefold dynamic structure. We could for example think of one pole as forming and densifying, while the other pole acts to move, de-form and disperse. The middle realm lives in the rhythmic interaction of these two polar tendencies.

In the human being Rudolf Steiner pointed to the head as representative of the densifying, form-giving pole, while the metabolic digestive-reproductive system is representative of the dispersing pole, with the rhythmic circulatory system mediating between the two. If we look at the forms of the human skeleton, we find the hardened, closed off sphere of the resting skull at one pole, in comparison to the extended long bones of our moving limbs at the other. In the enclosing gesture of the ribcage, with its rhythm of long, flat, curved ribs and the spaces between them, we find an intermediate form between these two tendencies.

It is interesting to note that in the first few lectures of the first medical course (CW312) Rudolf Steiner consistently worked to build up the picture that there is necessary parallel and polar development between the brain in the upper pole of the human being, and the organs of excretion, such as the bladder and intestines, in the lower pole of the human being. They form counter-pictures to each other. The ability of the human being to rise to a clear thinking consciousness in the head is dependent on the development of unconscious organic forces in the realm of the digestive-excretory system.

In the plant the forming, mineralising pole is identified with the root. We can think how the permanence of a plant’s form is often given from this pole – the persistence of a plant through biennial rootstock or a permanent root, and the lignification of stems and trunks which moves up from the base of a plant. The reproductive flower is the other pole of the plant, with the leaf realm mediating between the two. 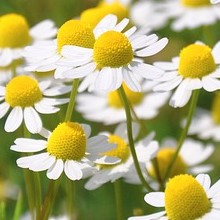 These ideas are referred to in several lectures in the Agriculture course. In Lecture 2, Rudolf Steiner introduces the picture of the individuality of the farm organism as standing on its head, where the forces working above ground in the atmosphere correspond to the human being’s digestive system, while all that works under the surface of the earth in the root zone correspond to the forming forces that work from the head in the human being, just like the image of the plant as an inverted human being. In Lecture 5, when discussing the use of yarrow and chamomile flowers in the compost preparations, Rudolf Steiner connects their medicinal activity within the human and animal organism to effects on the bladder and intestines respectively, the metabolic organs which form their sheaths when the preparations are made. In lecture 8, Rudolf Steiner’s indications on the correct feed for animals is based on the correspondence between the parts of the plant organism, and the threefold organisation of the animal.

With these two ideas we can at least begin to understand the rationale underlying the composition of the compost preparations. The flowering parts of yarrow, chamomile and dandelion belong with the metabolic-digestive organs which form their sheaths, bladder, intestines and mesentery. While oak bark, where bark formation is seen to be a continuation of the mineralising activity of the root pole (see R. Steiner & I. Wegman, Chapter 5, Extending Practical Medicine, Rudolf Steiner Press, 1996), belongs with the skull as the mineralising pole of the animal organism. Nettle, as a predominately stem and leaf plant, think how it grows through rhizomes, which are metamorphosed stems, not true roots, and does not send its flowers up in a colourful display, but keeps them within the leafy realm, belongs to the middle realm of the lung and heart circulatory system. Interestingly it does not have an animal organ as a sheath, but is placed directly into the mediating middle realm of the living soil itself, which Steiner describes as acting like the diaphragm in the organism of the farm individuality, placed between the above-ground “belly” and the below-ground “head”. 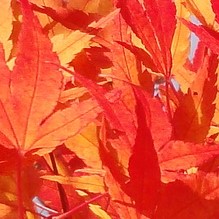 The third idea which can help us to approach the compost preparations is the picture of the cycle of the seasons as the breathing process of the organism of the earth. Rudolf Steiner encouraged us to see the earth as a living, ensouled being, and the cycle of the seasons as the expression of this being’s life (See CW223 and CW229). It is the forces of life which are breathed in and out through the cycle of the year. Rudolf Steiner’s Spiritual Science was originally developed within a European context, and his descriptions are based on a temperate climate with four distinct seasons. Winter, when the growth of plants has stopped and the forces of life have withdrawn into the earth and roots corresponds to the held in-breath. Rudolf Steiner describes this point in the year as when the earth is most filled with its own life, but also when it is most earthly and turned away from the cosmos. Spring, when everything begins to burgeon and grow is the beginning of the earth’s exhalation of its life forces, and a reaching out for connection with the cosmos. Summer, when growth has reached a peak, and the warm air is full of blossoms and the mobile life of the insects, corresponds to the earth’s maximum out-breath. The forces of life have streamed out into the warm, light-filled atmosphere and come into connection with the forming forces coming from the planets and cosmos. Autumn, when the outpouring of life begins to slow and die away, is the beginning of the returning in-breath, when the earth starts to gather its life forces into itself again.

The biodynamic preparations are placed into this pulsing annual rhythm of life forces. In the spring and summer, when the flowing life of the earth pours out into the growth and blossoming of the plants, the yarrow prep is made and hung up in a tree, where it is exposed to an atmosphere saturated with warmth and light, and tinged with the effects of cosmic astrality. With the approach of autumn and winter, most of the preparations are buried in the ground, where the earth’s life has withdrawn and become concentrated. In winter, the earth is most truly earth, in alchemic terms, it has become most salt-like.  Rudolf Steiner describes this as the period in the time when the earth is most able to absorb spiritual forces and reinvigorate itself (see CW229), as preparation for the production of living forms again in spring. Into this environment the preparations are placed and allowed to develop over the winter. The nettle preparation, which works to strengthen the ego of the farm individuality, actually spends an entire round of the sun buried in the earth, it has a kind of birthday when it is unearthed after one year.

With these ideas we can start to approach the biodynamic compost preparations with understanding. With these ideas we can at least begin to see how the components of the biodynamic compost preparations belong together due to the nature of the threefold organism as it appears in the plant and animal. We can also begin to live into the cycle of the year as a breathing process of the life forces of the earth, and feel how in the process of making the preparations, they are placed at specific times into the pulsing life-breath of the earth organism.